D is for Digital Identity

For the next installment of our A-Z of adtech series we’re looking at digital identity. Digital identity has underpinned programmatic and digital advertising for the last ten years. However it now feels like everybody is discussing it more than ever. Articles and stories dedicated to digital identity management seem to be appearing in the press on a weekly basis.

At Unruly’s latest Trust Talks event in London we asked a number of leading industry experts why digital identity has become popular again, where it’s headed, and what the terms means to them. 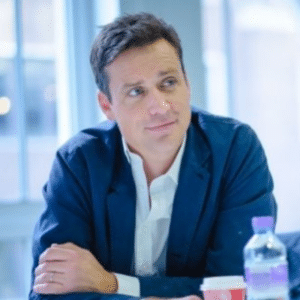 It’s all about the timing. Programmatic has been around for ten years or so. We also understand from a targeting and performance perspective that digital identity is probably the easiest and most straightforward way to target. Therefore it’s what everybody jumped on.

Retargeting returns the best performance out of any other form of targeting that you can use programmatic for. So for that reason everybody wants to scale it and find an automated solution that can work for their business. For it to be automated it has to have scale otherwise it doesn’t compute. I think there’s possibly too much of a race towards automating identity at scale than there probably should be. I don’t believe there can be a global solution, and I don’t believe people should be looking for one. Programmatic was initially always about scale and the open marketplace. We’ve seen that change with the emergence of new channels like video and mobile. But what underpins programmatic now is data, and what underpins data is digital identity. I think people are starting to realise that having a grip on digital identity is a real competitive advantage against walled gardens and the marketplace. I think that’s probably why we keep talking about it. I think digital identity is all about the identification of the individual. I know identity has not always been that; it’s been about identifying devices or cookies and so forth. But we now talk to clients about knowing as much as we can about perspective customers and about existing customers.

The reason brands are so interested in digital identity is because they’ve spent so much money on it. They’ve bought the dream of digital identity before it’s really here. With the introduction of things like GDPR, they now have this huge known audience which is their customers. They also have this unknown audience which is mainly the cookies that people use in advertising. They’re desperate to tie those two things together to get the outcomes that have been promised to them for a number of years. So for us, it’s really about knowing their consumers and their perspective consumers, and being able to inform on not just digital activity but on everything they do. Digital identity is not the same as legal identity and that creates an issue. It’s a simple question of the walled garden advantage right now. As large publishers, tech companies, and ad networks create scaled audiences with deterministic data, that leaves a lot less for smaller companies and independent publishers. That’s a problem we need to solve both for agencies and for brands today.

I think increasingly the question of regulation and ownership of your digital identity, in addition to things like cross device tracking and attribution, are still problems that need to be solved for the ecosystem. That’s where we see ourselves at IPONWEB sitting, right at the core of those very complex engineering tasks that need to be solved. I believe digital Identity will become the new battle ground, and those that own it will display little sympathy for those that don’t, as it increasingly becomes a USP to lock in media budgets. Device graphs will be trendy once again next year and the must have accessories as consumer time fragments even further from desktop, mobile web, app, OTT & increasingly the devices powered by the growing IoT’s infrastructure.

ID coalitions and joint ventures will come and go. Some will focus on building a more efficient cookie to increase match rates for buyers and sellers. Others will build a common probabilistic and screen agnostic ID that will help brands and agencies manage holistic reach, frequency and attribution across their myriad of programmatic media buys in the face of walled gardens and browsers restricting 3rd party cookies (Think ITP & beyond!).

There will be cries, asks and demands from both the buy and sell side for a common framework when it comes to digital identity. Who should own this will continue to be a moot point and one debated at great length on many panels in 2019. Should digital identity be a commodity or USP? Only time will tell!

Check out other posts in our A-Z of adtech series.