Advertisers Should Stop Trying To Be Funny If They Want Their Ads To Go Viral, Says New Report 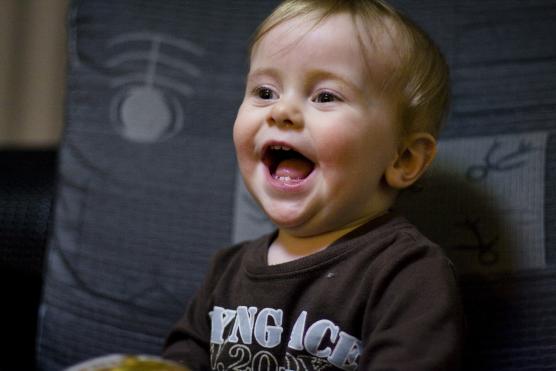 If advertisers want their campaigns to go viral they need to stop trying to be funny, according to new research launched today by global video technology company Unruly.

The Science of Sharing white paper, which gives brands and agencies actionable insights on how they can maximize their online video campaigns, found the two most popular ads from this year’s Super Bowl attracted the most shares on Facebook, Twitter and the blogosphere because they did not try to make people laugh.

The report also found that Wednesday was the optimum day to release a new campaign across the social web based on average daily share rates.

The key findings of the report were:

“For brands looking to optimize their chances of viral success, the video really needs to reach a critical mass of viewers within the first 24 hours of its launch,” said Sarah Wood, co-founder and COO of Unruly.

“Creating shareable content is half the challenge; it’s equally important to get the ad seen by the right audiences, where consumers are discovering and sharing video content in their native environments. With social video, brands can win fast and lose fast, so it’s important to optimize the launch date for ‘shareability’ and get content trending quickly across the right distribution channels,” continued Wood.

The report analyzed 12 commercials from Super Bowl XLVII, which aired on February 3, 2013, to uncover why some ads performed well online while others did not. The ads involved in the study were from the automotive, CPG/FMCG, entertainment and technology sectors.

The most shared ads from Super Bowl XLVII evoked intense emotional responses, including warmth, happiness, awe and pride. These ads also offered strong reasons for people to share. These include “reaction seeking” and the desire for others to feel the same way about the ad’s content. The report was compiled using 2,699 survey responses, plus data from the Unruly Viral Video Chart, which has been tracking the most popular videos on the web since 2006, Unruly Analytics, Unruly MEME™ (Media Engagement and Measurement Engine), Unruly’s cloud-hosted platform for social video distribution & tracking, and Unruly ShareRank™, which analyzes over 329 billion video views and over 10,000 data points to predict the social impact of video content.

Super Bowl 2013 ads were used to provide a level playing field of campaigns launched around the same time and aired on the same day.

Video technology company Unruly is the leading global platform for social video marketing and works with top brands and their agencies to predict the emotional impact of their videos and get them watched, tracked and shared across paid, owned and earned media. We use our proprietary technology to turn target audiences into engaged viewers and engaged viewers into customers and advocates. Brands use our social analytics dashboard to benchmark their content, outsmart the competition and demonstrate superior ROI. We’re dedicated to finding elegant, data-driven solutions to the social marketing problems that challenge brand advertisers in today’s cluttered and confusing media landscape.