The importance of culture in advertising

Earlier this month our Executive Director of Strategic Partnerships APAC Greg Fournier, and P&G’s Associate Brand Director Dominique Touchaud took to the stage at FUTR’s Asia Summit in Singapore. They delivered a brilliant presentation on the role of culture in advertising, and how it can define success or failure in marketing campaigns in Asia. 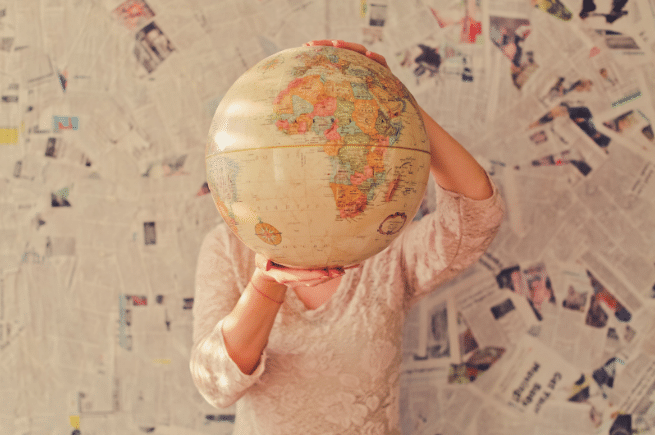 The presentation was delivered to a packed room, and the pair received great feedback from a number of audience members on their theories, insights and examples. Over the next few paragraphs we’ve pulled out some of the key messages and takeaways from their presentation, with a number of ad examples, including one of our all time favourite ads from HSBC.

Why does culture matter?

Culture is informed by a society’s customs and traditions. It’s revealed through a society’s artistic and intellectual achievements, and is maintained by a series of behavioural codes passed down from generation to generation.

Paying attention to culture in advertising is extremely important for brands that work on a global scale, especially if your brand is working in markets that are culturally different to where they are based. Messages, symbols, rituals and even colours can have significantly different meanings and messages across cultures.

We’ll let HSBC break it down for you…

P&G did a great job of leveraging culture in their 2015 campaign for Head & Shoulders that ran in Israel. In the Jewish tradition before Passover, Jews search their homes for any crumbs of bread which, according to tradition, must be eliminated. By leveraging this insight P&G made the search for flakes of dandruff a new addition to the tradition!

They did this by sponsoring Passover kits, which included Head & Shoulders samples, and made them available for free. P&G achieved a seamless brand association which fitted both the cultural moment and the brand truth. After this campaign market share for the shampoo grew 35% year-on-year. As a result, sales of Head & Shoulders in Israel have remained high as consumers recognise the purpose of the product and become familiar with using it as part of their daily routines!

The above is a great example of how P&G used cultural knowledge to grow sales. There have however been times when the company has got it wrong. One famous campaign which P&G ran for Pampers in the mid-1970s completely flopped in Japan as the nappy brand hadn’t paid attention to the country’s culture. The ad in question saw a stork fly through the air to deliver nappies to a mum.

While the image of a stork delivering newborn children is understood in the US and Europe, it’s not a universal idea. Unfortunately for P&G, the idea of storks delivering babies doesn’t exist in Japan.  Instead Japanese folklore tells of newborns arriving courtesy of a giant peach floating down the river, which seems a far safer method than stork-powered air travel. Peaches, not storks, bring the babies in Japan, and consumers responded by ignoring the ad.

Assumptions about different cultures vary greatly depending on where in the world you’re from. In one study a group of people from Japan and Mexico were asked what they thought of Americans. The Japanese said they were relaxed, friendly, spontaneous, uninhibited, emotional and impulsive. The Mexicans said they were hurried, serious, reserved, restrained, composed and methodical. Researching your target market is extremely important before you run an ad campaign. Even if you think you know about the market you are targeting.

Another thing to remember when looking at different cultures is that their perceptions of the world and what they see can vary vastly. This can be seen through the Michigan Fish test (yes, this is an actual thing). Take a look at this image… How would you describe it?

Americans referred to the attributes of the target fish saying they saw; ‘three big fish heading left’. The Japanese referred to the background and contextual information as well as the target fish attributes saying; ‘there is a pond where you see some seaweed, there are big and small bass swimming, and a small frog and snail are at the bottom. This test shows the broad spectrum of interpretations that are possible when they’re shaped by culture.

Unruly recently partnered with Mediacom to carry out research around culture connections to reveal insight into the national psyche that underpins consumer attitudes. We categorised the research into nine dimensions, split between how people feel and how people act. This research allows us to see the correlation between emotions and culture in advertising.

If we look at the ‘Identity’ dimension as an example, it measures the strength of a nation’s self-image. ‘Fixed’ societies have very clear identities rooted in tradition; they see no reason to change or evolve. Examples include Venezuela and Colombia. ‘Flexible’ countries, however, are always looking to adapt and improve. They might have traditional values, but they are interested in moving with the times. Examples include Japan and Taiwan.

Our UnrulyEQ team recently analysed the following P&G Libresse Blood ad which was a winner at this year’s Cannes Lions festival, in order to discover how it resonated with audiences. Take a look at the ad and think about how it makes you feel.

By looking at the correlation between emotion and culture the team found that because the UK has an individualistic culture. One of the overriding emotions when people watched it was of confusion as the ad is based around a collective of women battling against their body. For many women in the UK this is not an issue, and not something that they would necessarily talk about or embrace with others.

However, in collective cultures like India and Singapore, the ad evokes emotions of inspiration and pride as the message and feeling of collectiveness resonates with women from these cultures. How did you feel when watching this ad? Do you think the emotions you felt reflect the culture you live in? It’s important to remember that even the best videos in the world don’t always perform well across borders. Although Libresse Blood was a Cannes Gold Lion winner, it had very different emotional responses in UK, India and Singapore.

Emotions are often informed by culture and as we know, emotions drive engagement, brand recall, and purchase intent. Understanding and quantifying culture in advertising helps to define the relevant emotional palette a brand can use with a particular audience.

What have we learnt?

We’ll leave you with an ad from Vicks that was one of our favourites from last year, which really illustrates the emotional and cultural learnings on India.

Want to know more about the link between emotions and culture in advertising? Click here to get in touch.