The Most Shared Ads Of July 2015: Baby Poos And Doggy Blues In July, online advertising similarly caught the active bug, with a series of fast-running, high-jumping, high-fiving ads making their way to the top of Unruly’s Viral Video Chart. It’s almost enough to make you go for a run (almost).

Topping out the chart this month is one of the peppiest ads around, Kleenex’s ‘Unlikely Best Friends‘. The tale of a disabled puppy and his relationship with his owner, it’s the latest in the recent trend of dog-based adverts to take the social web by storm. Let’s call it the ‘Puppynaissance’. Succeeding not only off its charming star, the spot exudes an irrepressible energy that’s garnered it nearly 400,000 shares this month.

Speaking of which, the same can-do attitude applies to Always’ ‘Unstoppable‘, the brand’s much-anticipated follow-up to their record-breaking ‘#LikeAGirl‘. Taking the same format of head-on interviews with young girls, the spot addresses gender stereotypes enforced on young girls by pop culture. Not content to be the damsel in distress rescued the by daring prince, Unstoppable’s young stars find power in casting off these assumptions. If you’ve seen the original, the sequel is just as sweet.

With Wimbledon just past, the Ashes in full flow, the Rugby World Cup just around the corner and the English football season just days away, a series of gleeful sports ads also arrived in July to keep our heads in the game. Charting at an impressive third place, Sky Sports’ ‘The Best League In The World‘ is enjoyable even if you don’t like football. Superimposing Thierry Henry into iconic moments in Premier League history, like a bemused French time-traveler, the celebratory ad went viral on Facebook almost immediately upon release.

Though not as roaringly successful, it’s encouraging to see Nike’s genuinely fascinating look into the design process of sneakers intended for people with limited mobility, ‘FLYEASE Story‘, makes the list. A stripped-back documentary spot that conveys a lot in a short running time, it’s a simple look into how clever innovations can create actual change in people’s lives. And, because it’s a Nike ad, it also features LeBron James. If that wasn’t enough fitness-inspired advertising to last you a couple of abandoned New Year’s resolutions, Sony also pops in at number 16 with its new all-in-one running companion, the Smart B-Trainer.

There was also space for more serious work this month, including Catholic Vote’s controversial ‘Not Alone‘ and AT&T’s gripping ‘Close To Home‘. The former’s conflation of homosexuals ‘coming out’ with people ‘coming out’ against gay marriage has obviously ruffled many feathers, but that hasn’t prevented it from being shared nearly 50,000 times since release. On the opposite end, AT&T’s spot is a text-and-driving PSA with a difference, playing out over a beautiful and tensely-wrought narrative that ends with a terrifying punch. The telecoms giant handles the issue with appropriate gravitas and production value – this is after all the same brand that hired Werner Herzog to direct a 30-minute documentary on the same topic. Certainly one of the most affecting ads of July, ‘Close To Home’ truly lives up to its name.

Further down the chart, we find some sprightly new international ads from Coca-Cola (from Vietnam and Mexico, respectively), with the soft drinks brand maintaining their global remit to put smiles on strangers’ faces. Putting a very different expression on faces is Pampers’ appropriately titled ‘Pooface‘, a bizarre ode to babies doing what babies do the tune of 2001’s ‘Thus Sprach Zarathustra’. Patagonia’s wonderful ‘Denali’ also makes a very welcome appearance at number 15, bringing some dramatic heft to the aforementioned ‘Puppynaissance’ trend.

3. Sky Sports: ‘The Best League In The World’

6. PBS: ‘A First Look At The Sherlock Special’ 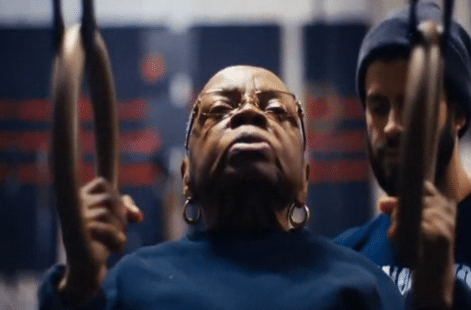