Programmatic video is the fastest-growing category of programmatic buying, but a lot of marketers are still struggling to get to grips with the basics.

According to a recent study by Unruly, which polled 1,000 senior marketers in the UK and US, around half rate their programmatic video knowledge as ‘Average’, ‘Poor’ or ‘Very Poor’.

There’s clearly a knowledge gap between the programmatic front lines and everyday marketers, making 2015 a key year for programmatic education. As with any burgeoning new trend, one of the main causes of confusion is vocabulary.

Any discussion of the topic produces a web of jargon and acronyms that’s enough to send anyone running to Google. But fear not, this is easily solved.

Once a week for the past few months, we have been serving up handy guides to the most important programmatic video terms, courtesy of Unruly co-founder and CTO, Matthew Cooke. Last week we looked at what lookalike models are.  In our final week, Matthew explains what auctions / second price auctions are.

What Are Auctions/ Second Price Auctions?

In the programmatic landscape, many ad exchanges and Supply Side Platforms auction off every individual ad space on publishers’ websites to buyers wanting to place an advert. This process is similar to how things get auctioned at Ebay, except the auction takes place in a fraction of a second, using computers to bid on the buyer’s behalf.

Did you know there are many different types of auctions that all work slightly differently?

For auctioning off an individual ad space, ad exchanges typically use use what is known as a “sealed bid second price auction” (sealed bid is sometimes referred to as blind bid). In this type of auction, every bidder places a bid that is the maximum they would be willing to pay without anyone knowing anything about the competing bids. The winner is the person who offers the highest bid – but they only pay the amount bid by the second highest (plus perhaps 1 cent).

This type of auction encourages all bidders to genuinely submit their maximum bid prices knowing that they will only end up paying enough to beat the second highest bidder in practice.

The man who came up with this type of auction was William Vickrey, a professor of economics and Nobel Laureate. This “sealed bid second price” auction is sometimes referred to as a “Vickrey Auction“. 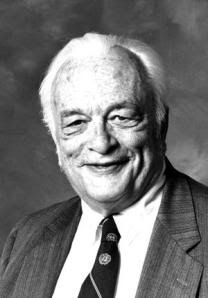