Every week Unruly collects the best and brightest ads from across the industry, and then puts them in a handy list so you can catch up on everything you missed before the weekend. 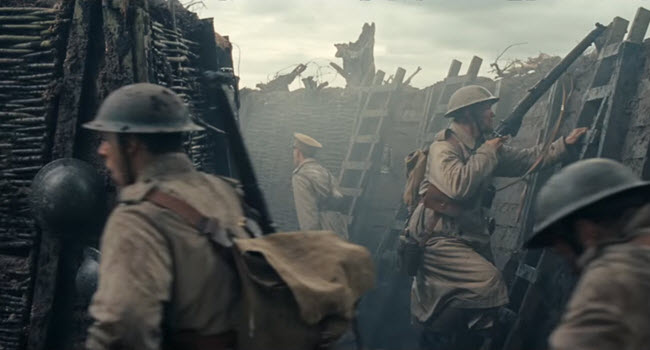 This week’s batch is full of some the biggest brands in the world, as well as one of this year’s first major Christmas ads.

Apple released another ad honing in on a singular aspect of the iPhone 7, while Microsoft showed off its impressive-looking Surface Studio in an ad shot by a robot!

We also have Nike celebrating a historic victory, and Pedigree bringing people together through the power of dogs. Rounding out the list is the first big-budget Christmas ad of the year from Burberry, who have decided to tell their brand’s story in the format of a Hollywood-blockbuster trailer.

This latest spot from Apple boasts the brand’s standard stylistic flair, with a muted pallet of blues and whites, as it shows off the impressive range of the new iPhone’s speakers. It’s an oddly engrossing ad, following a rather tanned old chap as he ascends the stairs to a diving board, and works mainly by contrasting its low-stakes action with high-impact music.

Dogs can bring people together. That’s the simple but important message at the heart of this ‘social experiment’ ad from Pedigree, which shows what happens when someone with a lost dog turns up to a Donald Trump rally wearing a Clinton T-shirt, and vice-versa. Without spoiling too much, the canine companion manages to cross the aisle and bring people from both sides together. It’s a simple premise that might be dismissed by some, but its message is powerful – and necessary now more than ever.

Microsoft came out of the gates swinging this week with a sleek spot unveiling its new hinged desktop computer, an interesting move considering its biggest competitor, Apple, has also unveiled new tech this week. The ad also earns a spot on this list due to the fact that it was almost entirely filmed using a robotic arm and an Xbox One controller.

This week saw a historic event in the world of baseball: the Chicago Cubs won the World Series for the first time in 108 years. If this story sounds familiar, you’re probably thinking of the now-famous scene in Back To The Future II – a movie whose image of the future gets eerily more accurate as time goes on. This ad from Nike is a heartwarming celebration of the team’s hard work, and its singular focus and moving soundtrack make for a surprisingly emotional spot – even if you’re not a Cubs fan (or even a baseball fan).

1. Burberry – The Tale Of Thomas Burberry

This stylish ad from Burberry might be one of the first ‘must-watch’ Christmas ads of 2016, thanks to its all-star cast (Domnhall Gleeson & Sienna Miller) and big name director Asif Kapadia, who directed the acclaimed biopic ‘Amy’ earlier this year. The ad is positioned as a movie trailer and does a great job of cramming the brand’s origin story into under 3 minutes.